Check out the first part of my Top Ten RIGHT HERE so you're not complaining that I didn't include that album... although I probably didn't. 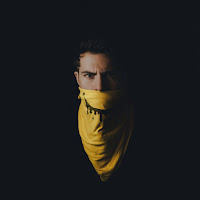 This is a really strange choice for me but I can't put into words how much fun I've had listening to this album. Happy Camper was one of those records that came out in January when I thought "well, hell, there's nothing else on so I might as well listen to this". What an excellent decision that was. Hoodie Allen's storytelling through song is some of the best I've heard this year, for example stressing out about a girl not texting back on 'Intro To Anxiety'. Also you should have seen my face the first time I heard that The Used/Bert Mccracken lyric on '25th Hour'. I was shook. Despite references to Instagram and getting bitches after shows, Happy Camper isn't gimmicky, it's just a straight up good time. The dip in pace from 'Too Invested' and 'Surprise Party' (although this song is a bit much for me but still) onwards is really nicely timed too, and proves this record definitely isn't a one trick pony. If you're looking for a hip hop record to have a good time to, this is your guy.
Apple Music / Spotify 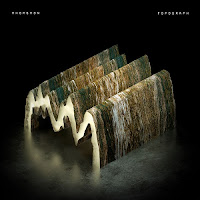 And the world let out a sigh of joy and relief as Thomston, real name Thomas Stoneman (you never would have guessed), released his debut album. Packed extremely tightly with geography references and songs with more atmosphere than the o-zone layer itself, Topograph is everything I dreamed of and more. I'd like to take a second to reflect on 'Rocketfuel' being hands down one of the songs of the year; far removed from a typical Thomston track in terms of being a proper pop banger but still makes complete sense on this record. Alongside that there are multiple "Songs To Cry To" on Topograph, notably 'Headspace' and 'Heart Is Cement'. I actually became so intensely overcome with emotion re-listening to this album that compiling this piece of prose has taken quite some time. If Topograph has taught us anything it's that Stoneman has a bright future of writing massive choruses and heartfelt pop songs ahead of him. I am so utterly thrilled that this album is excellent but also distraught that I don't own a physical copy of it.
Apple Music / Spotify 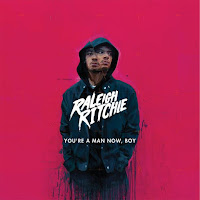 The only album released this year I'm not mad about being 18 tracks long, mostly because a lot of these songs were previously released on earlier EPs but it's lovely to have everything tied together so succinctly on You're A Man Now, Boy. I've been a fan of Raleigh Ritchie for a few years and I was so looking forward to hearing this full length. My favourite thing about Raleigh Ritchie's (real name Jacob Anderson) songwriting is how honest and real everything seems. You're A Man Now, Boy is riddled with tales of anxiety and low self-esteem but also so much self-empowerment and motivation to be better and succeed. 'Bloodsport' has been firmly placed in my favourite songs of all time for a couple of years now and it blows my mind that there are more songs on this album that even close to the calibre of that one. 'Keep It Simple' and 'Life In A Box' are songs that reaffirm that as a listener, you're not the only human who feels self-doubt. Also, if you haven't seen Raleigh Ritchie live, rectify that because he's really great. And he just released a new EP called Mind The Gap which is excellent too, so we've been really spoilt by him this year.
Apple Music / Spotify 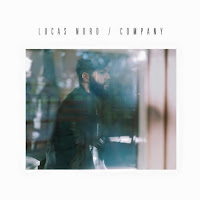 Can you believe that at the start of 2016 I'd never listened to Lucas Nord before? What a state I was. Company ties with the album at number one for the record I've listened to most this year. There's some rule-bending because although Company is an album it is only seven tracks long so... not really sure about including it on this list but also... I can do what I like. But because of its length Company is so easy to just put on and jam to for a bit. Not only that but this is the most infectiously catchy body of work released in 2016. At a time when we're all highly vigilant about how impeccable Swedes are at making pop music, Lucas Nord goes above and beyond with each of the songs on Company. Zara Larsson aside, you're lying to yourself if you don't think 'Don't Need Your Love' is the best pop song we've been blessed with this year. The most mind-blowing thing is that any of these tracks, especially 'Faking' and 'Do About It', could well within their own right be singles and be huge. Give this a spin if you haven't heard it yet; wall to wall bangers from the get go.
Apple Music / Spotify 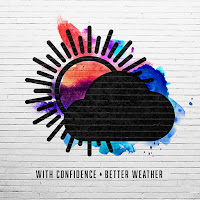 It's deja vu time, because as with my album of the year from Broadside last year, I absolutely hated With Confidence when I first heard them. Maybe it's a thing with pop punk bands, they just take a little longer to get used to. With Confidence are a four piece from Sydney (yep, that one in Australia) and with their debut full length, Better Weather, they have proved they are not the 5SOS cast offs I originally believed they were. There's absolutely no denying that this album is super sugary sweeter than State Champs pop punk, not that gritty stuff you get from The Wonder Years, but With Confidence do it so well, it's really not an issue. Standout singles 'We'll Be Okay' and 'Voldemort' transcend far beyond other songs from this genre released in 2016, and even the slower-paced 'Gravity' and 'Higher' are really excellent efforts. Last time With Confidence were in the UK I was still lying to myself about how good they were, so I really can't wait to make up for that when they headline over here during February and March, unbelievably with the aforementioned Broadside. Calling it now, the most wild tour of 2017.
Apple Music / Spotify
---
BLOGLOVIN / TWITTER / TUMBLR / INSTAGRAM