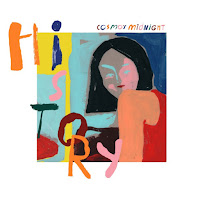 You'll recall Cosmo's Midnight (you will) from their track 'Walk With Me' released back in 2015, which was then followed by a string of remixes; my personal favourite was the one from KOA. Apparently back a year and a bit ago I was highly dismissive of the fact that all parties involved in this song were Australian, something which at this stage in my life excites me greatly. And as we're all now well aware Kučka who features on 'Walk With Me' is now a long time Flume collaborator. Australians doing it for themselves.


So, why am I chatting about a song released a year and a half ago? Because Cosmo's Midnight are back with a brand new single called 'History'. I interrupt this post to bring you the bulletin that the two guys who make up the duo that is Cosmo's Midnight are twins and being a (l)on(e)ly child I fully can not cope with this news. Anyway, The vocalist on 'History' isn't credited but sounds super familiar... and I would happily hedge a bet that it's Paige IV who features on Pon Cho's 'Frozen', a song that is so incredible it slipped through the cracks and I didn't end up posting last year. 'History' is a great pop meets dance track regardless of who the vocalist is. And of course I am wildly into millennial pandering lyrics like "We got too much history, and all you wanna do is fuck with me".

Cosmo's Midnight are touring in Australia and the US this year, which is nice if you live in either of those places. I don't so... I feel very nonchalant about that situation.