This is something I started doing last year but never really explained it or told anybody about it so I'm going to do the same but better this year. Cool? Cool. So this isn't going to be the same as everybody else's #OMG #NMF Playlist; this is a long form legitimate library featuring the best (or the best bits of) releases each month. It'll include albums, EPs and any singles not posted in their own right on WIIHAMB. Songs/releases that receive their own individual posts are on this 2017 playlist.


AKA George - First Friday I saw Ethan from The LP Club (A thirteen year old boy who does suprisingly good album and single reviews on YouTube) losing his shit on Twitter about this guy so I thought I would listen to this, his debut(?) album. First Friday isn't particularly new or groundbreaking but there are so many interesting production quirks throughout, it's overall a really different take on pop music.

Great Good Fine OK - III My favourite release of the week. Apart from 'Thinking', ballady and boring. Although I don't think this is my favourite of GGFO's three EPs thus far it's still an exceptional body of pop music and an ensemble of really fun songs.

You Me At Six - Night People When it came to the second half of this album the songs seemed to quite suddenly get a lot more interesting and far less "standard You Me At Six" like we've heard on the past two or three albums. Quite notably, 'Give' is the best thing they've come out with in a long while, shame it's the final song on Night People really.


Sometimes songs are trash but good at the same time; introducing Cashmere Cat's 'Throw Myself A Party' featuring Starrah, 2 Chainz and Tory Lanez. Christopher is lowkey one of my favourite Nordic pop stars and the Dane's single 'Free Fall' is probably the most reputable song I've ever heard from him which bodes well for his career through 2017. I know nothing about Don Benjamin or his song 'Enough' featuring Decarlo other than it's a nice hip hop slow jam. I think there's a Lupe Fiasco album on the way? Which is cool because his verses on 'Wild Child' are great and make up for the super lame chorus sung by Jake Torrey. Final track of note is Zanski's 'Acid' which I've shamelessly lifted from Bastien's Songs I Never Skip playlist.


Austin Mahone - ForMe+YouSomeone needs to stop this kid releasing music. He's not the discount Bieber you want him to be, the features namely Juicy J and Pitbull, on here are terrible and I find even the insiuation that anybody would have the nerve to sample or cover Modjo's 'Lady (Hear Me Tonight)' incredibly offensive. If for whatever reason, you do feel compelled to listen to this album, do yourself a favour and stop before 'Shake It For Me'.

David Bowie - No Plan I've never really listened to David Bowie before, so this was all very new for me but I personally did not enjoy these songs. I'm sure they're good but it's all very not for me.

Sundara Karma - Youth Is Only Ever Fun In Retrospect I find Sundara Karma quite uninspiring in general so to say this album was a struggle to get through would be a real understatement. I made it though, and I don't feel as though my life is in any which way better for it. 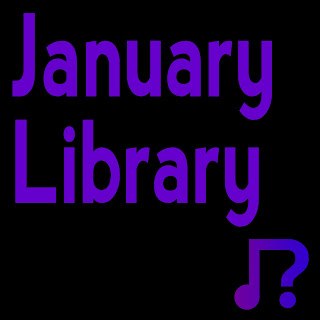