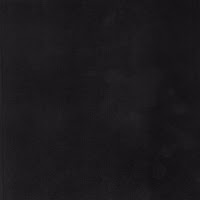 I'm not a fan of J. Cole. I wouldn't know what the guy looks like if I saw him in the street. I'm not particularly fussed on the music I've heard from him. To me, he's just another rapper. My friend, Kieran, explained to my friend, Dan, that one of the things he likes most about hip hop is the story telling. That's something I really enjoy in pop music but I find it often quite overwhelming in hip hop.  Well, J. Cole's gone and flipped that one on it's head.

Last year, everybody was saying that we'd start to hear far more politically charged songs as we entered 2017, which is to be expected given the universe's current climate. But I find there has to be a balance between a good song in its own right and lyrics that don't overcomplicate themselves. 'High For Hours' does exactly that. The key for songs like 'High For Hours' is being able to relate and share the same views as the songwriter especially on topics rarely discussed in music. The lines about women cheering for the death of Bin Laden really took me because at the time I was perplexed by exactly the same thing. J. Cole covers so many issues in the space of four minutes over a good beat with a chorus thrown in there as well. Imagine, at this point in time, thinking that hip hop is unintelligent. Oh and I'm totally not acting like no rapper has ever written a politically charged, complex, clever song before, this is just the one that's made my ears prick up, you know? The more interesting thing is, with the inevitable rise of these kinds of songs, will mainstream media push it more or will it all just fall by the wayside?