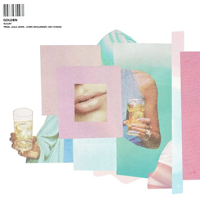 Okay, so you're into Goldlink but his lyrics are just that bit too much? Well, I've found (via Bastien) the answer, and the answer is Elujay. Elujay is from allegedly 20 years old, again, it's just written like that in his Facebook bio and there's no way to tell how long ago it was written, so he may or may not have had at least one birthday since then, but he is at least 20 years old. I don't know why anyone's age matters, it doesn't really, does it? Elujay is from Oakland, California, which is somewhere I have had the pleasure of cruising around whilst playing Watch_Dogs2 (please note the correct stylisation), and in fact I am extremely stuck on both of the first two story missions that occur there. While we're here I'd actually like to say how cut up I am about where the main storyline goes when in Oakland because... I was not set up for an emotional rollercoaster.


Anyway, now we know some cold hard facts about Elujay, let's discuss (ha!) his new single, 'Golden'.  There are three producers on this track, Julia Lewis, Kev Choice, and Chris McClenney whose own EP I added to my January Library just last week. It really makes sense for him to be involved on 'Golden' because although Elujay's Facebook bio bills him as a rapper, there's so much R&B and funk going on here. I can only assume all of the vocals on 'Golden' are provided by Elujay himself, which, if correct, is cool because they seem quite diverse and that is important. It's just a nice summery bop really. It's quite similar to some of Jahkoy's stuff too, actually, but a bit more effortless. If you needed advice on how to write a chorus, you should probably turn to this guy. He's got me Googling pictures of actual Hennessy so I can picture the colour of this girl's skin. Is that taking things too far and/or too literally? Probably but I'm just invested, man.